By: Alison Silveira and Barry Miller 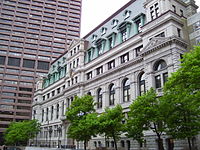 Seyfarth Synopsis: The Massachusetts Supreme Judicial Court answered longstanding questions about which entities may be jointly responsible for wage violations under Massachusetts law, and in so doing, highlighted the perils for employees of joining a federal collective action and failing to assert any related state law claims in that proceeding.  The Court aligned the Massachusetts standard for joint employment with federal law and held that employees who join a federal case may not later bring state law claims against their employer in a separate action.

In Jinks v. Credico (USA) LLC, the plaintiffs argued that they were employees of not only the direct sales company that hired and paid them but also a third-party sales broker that facilitated their work selling products or services for nationally recognized brands.  Plaintiffs argued that the expansive and stringent ABC test found in the Commonwealth’s Independent Contractor statute, G.L. c. 149, § 148B, also determined whether a third-party can be liable for wage-related violations.  The result of that theory would have made an entity the joint employer of any and every individual in Massachusetts who performed work within the entity’s “usual course of business” (Prong B of the test), regardless of whether the entity had any direct contact with or control over those employees.

The SJC, in a December 13, 2021 decision which can be found here, rejected plaintiffs’ theory, finding that the ABC test answers only the question of “who, if anyone, controls the work” performed by a worker and holding that joint employer status turns on who controls a given employee.  In order to determine who controls an employee – and is therefore a joint employer – the Court adopted the four-prong “totality of the circumstances” test applicable to joint employment claims under the federal Fair Labor Standards Act.  That test looks to “whether the alleged employer (1) had the power to hire and fire the employees; (2) supervised and controlled employee work schedules or conditions of employment; (3) determined the rate and method of payment; and (4) maintained employment records.”  The SJC reasoned that application of this framework “will capture both the nature and structure of the working relationship as well as the putative employer’s control over the economic aspects of the working relationship.”  Because Credico, which Seyfarth represented in this case, performed none of these functions in relation to the plaintiffs at issue in the Jinks case, the Court found that Credico was not their joint employer under the Massachusetts wage laws and had no liability for any violations by its corporate business partners relating to their Massachusetts-based employees.

In addition to aligning Massachusetts with federal law, the Jinks opinion provides helpful guidance, which could be used in defending against joint employment claims under both state and federal law, as to what companies may do to ensure that quality control standards and other commercial expectations are met, without being deemed to control the workers who will be expected to comply with those standards or expectations.  The Court noted that measures such as requiring workers to comply with regulatory requirements, mandating that workers receive proper training, monitoring to prevent fraudulent activity, providing workers with hardware or access to software for purposes of processing transactions, or maintaining records of workers’ background checks and drug test are insufficient to establish joint employment.

Another, more subtle feature of the Jinks decision may be helpful in defending a variety of wage-related claims that relate to the subject matter of an FLSA collective action.  One of the Jinks plaintiffs had participated in an earlier FLSA collective action in New York against the defendant before joining the Massachusetts state law class action.  The SJC held that this plaintiff’s claims were separately doomed by the doctrine of claim preclusion based on his participation in the earlier case.  In other words, the SJC concluded that FLSA opt-ins who do not assert their Massachusetts claims in a federal collective action forfeit their state law claims relating to the same subject matter.  Notably, while the SJC performed its analysis under a claim preclusion analysis because the federal action had been fully litigated, it also recognized that the doctrine of claim splitting may result in the same outcome even where the federal action remains pending.  In reaching this conclusion, the Court was not swayed by arguments from the plaintiffs’ attorney that such a rule would require plaintiffs’ counsel to engage in burdensome diligence with respect to the potential claims of every individual who joins a collective action.  This holding thus protects employers from serial litigation by aggressive plaintiffs’ attorneys and may provide support for arguments that opt-in notices in collective actions should include warning language regarding the potentially preclusive effect of joining a collective action.