Seyfarth Synopsis:  The majority of courts have held that releases of FLSA rights require approval by a court or the US Department of Labor.  A recent case in the Southern District of New York highlights a dilemma employers face when seeking “finality” through DOL-approved settlements. Seyfarth Synopsis: The Southern District of New York recently held that parties may not settle FLSA claims without court approval through an offer of judgment pursuant to Rule 68 of the Federal Rules of Civil Procedure.

Under Rule 68, a party defending a claim can make an “offer of…
END_OF_DOCUMENT_TOKEN_TO_BE_REPLACED 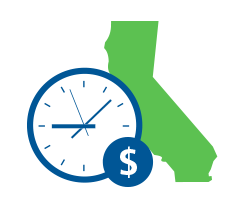 Seyfarth Synopsis: When an allegedly aggrieved employee attempts both to seek compensatory relief as an individual and to impose penalties as a proxy for the California Labor Commissioner under the Private Attorneys General Act of 2004 (“PAGA”), the resulting comingling of the plaintiff’s interests as an individual and as a representative …
END_OF_DOCUMENT_TOKEN_TO_BE_REPLACED Seyfarth Synopsis: Fox Searchlight and Fox Entertainment Group have reached a preliminary settlement with a group of former unpaid interns, possibly resolving the lawsuit that resulted in a Second Circuit decision that redefined the test used to evaluate whether interns are properly classified under the FLSA.

As this blog has previously reported…
END_OF_DOCUMENT_TOKEN_TO_BE_REPLACED

Seyfarth Synopsis: A district court judge within the Second Circuit held that, in light of Cheeks v. Freeport Pancake House, court or DOL approval is required for a valid dismissal of FLSA claims with prejudice pursuant to Federal Rule of Civil Procedure 41(a)(1)(A).

As we have noted in previous posts (most recently, here), courts have been paying increasingly close attention to the terms of FLSA settlements and, on occasion, refusing to approve agreements. Some parties have responded to this trend by entering into private settlements and filing a simple stipulation of dismissal with…
END_OF_DOCUMENT_TOKEN_TO_BE_REPLACED

If I settle my employment lawsuit and release “all claims,” does that include wage-hour claims if the subject never came up? Last week, in Bodle, et al. v. TXL Mortgage Corporation, the Fifth Circuit said no.

As wage-hour practitioners know, the law in most circuits makes settlement of wage-hour claims a…
END_OF_DOCUMENT_TOKEN_TO_BE_REPLACED

At least that’s what the Ninth Circuit reminded Labor Ready Southwest, Inc. and a class of current and former employees earlier this week. On Tuesday, the Ninth Circuit vacated an order granting final approval of their class settlement of FLSA and California Labor Code…
END_OF_DOCUMENT_TOKEN_TO_BE_REPLACED

As we have noted in previous posts (most recently here and here), courts have been paying closer attention to the terms of FLSA settlements and occasionally refusing to approve agreements where the amount of attorneys’ fees is too high compared to money going to the plaintiffs.

Unlike most other causes of action, FLSA claims require court or agency approval before a release can be deemed fully valid and enforceable.  Are there scenarios where it makes sense for employers to “roll the dice” and settle a pending litigation without asking the court to bless the terms…
END_OF_DOCUMENT_TOKEN_TO_BE_REPLACED